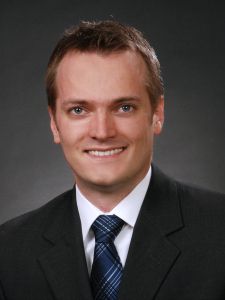 Scott is an attorney in Foley & Mansfield’s Detroit office. He practices in the areas of Commercial Practice and Litigation, Construction Law, General Liability and Civil Litigation, and Toxic Tort and Mass Tort Litigation. Prior to joining Foley & Mansfield, Scott served as a Law Clerk for the Honorable Thomas L. Ludington of the 42nd Circuit Court in Midland, Michigan. While attending the Indiana University School of Law in Bloomington, Scott received multiple Dean’s List honors and was selected to the Order of the Barristers for excellence in trial advocacy. In addition to these achievements, he was a member of the Federal Communications Law Journal and the Trial Competition Team. He also served as an intern for the Honorable George Caram Steeh of the United States District Court for the Eastern District of Michigan.

Scott was admitted to practice in Michigan in November of 2003 and is a member of the American Bar Association and the State Bar of Michigan. In addition to his work as Co-Chair of the Technology Committee, he serves as Southeast Regional Chairperson of the Michigan Defense Trial Counsel and also acts as a coach and judge for multiple college and high school state and national mock trial teams.