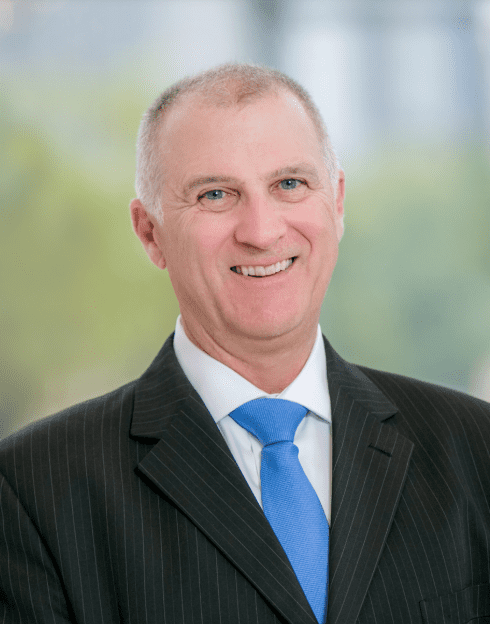 A Detroit Catholic Central High School graduate, Mr. Joppich obtained a Bachelor of Arts in both Political Science and Communications from Bowling Green State University in Ohio in 1982. He obtained his Juris Doctorate from the Detroit College of Law (now Michigan State University College of Law) in 1988. He is a Principal Attorney and Marketing Director with Kitch, Drutchas, Wagner, Valitutti and Sherbrook P.C., headquartered in Detroit Michigan.

For nearly thirty years, he has been a trial attorney representing hospitals and individual healthcare providers in major complex malpractice and general personal injury suits throughout the State and Federal Courts in Michigan, and is admitted to practice in the U.S. District Courts for the Eastern and Western Districts of Michigan, the U.S. 6th Circuit Court of Appeals, and the United States Supreme Court. . Stemming from his extensive professional liability practice, he has also been called upon to provide advisory services in legal malpractice matters.

Through the past decade, Mr. Joppich has developed an unparalleled knowledge base relating to Medicare, Medicaid, and private health insurance law, liens, audits, and claim reporting compliance, for which he has assisted many insurers, healthcare providers, courts and attorneys in policy generation, negotiations, lien resolution, and settlement services.

Mr. Joppich is a frequent invited speaker throughout Michigan, regionally in the Midwest, and nationally, having presented for the Physician’s Insurers Association of America, The Chartered Property Casualty Underwriters Society, the Michigan Public Risk Managers Association, the Michigan Society of Healthcare Risk Managers, the Wisconsin Society of Healthcare Risk Managers, the Michigan Department of Community Health, the Michigan Defense Trial Counsel, the Risk Management & Patient Safety Institute, and the Institute for Continuing Legal Education (ICLE), among others. He has also been published in several journals on Medicare, the ACA, damages, and evidentiary and trial preparation issues

He is a recognized leader in the healthcare and legal industries having twice served on the Board of Directors for the Michigan Defense Trial Counsel (MDTC the statewide association of defense trial attorneys), and on the Board of Directors for the Michigan Society of Healthcare Risk Management (MSHRM), where he heads the sponsorship task force, and also serves on the Government Issues, Communications, and Education committees. He is a member of the State Bar of Michigan Client Protection Fund Committee. He has also volunteered his time for numerous programs, local associations, and groups advancing the causes of both his communities and professional colleagues.

He is an “AV” Preeminent rated attorney through Martindale Hubbell. He has also been selected as a Distinguished Attorney by the Expert Network, as a Michigan Top Lawyer in Litigation, and as a Top Rated Attorney in Healthcare. He received the Distinguished Service Award and also the Volunteer of the Year Award from the Michigan Defense Trial Counsel. He also received the Detroit Bar Association Volunteer Lawyer Program/Wayne County Neighborhood Legal Services Distinguished Service Award and Pro Bono Service Commendation.