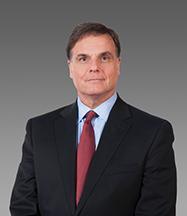 David M. Ottenwess is the Managing Partner of the firm. He began practicing law in Michigan in 1986 and today concentrates his practice in the area of civil litigation matters, including professional liability claims, general healthcare law defense, contracts, labor and employment, constitutional and election law. For over 28 years, he has successfully litigated cases in Federal District Court as well as in Wayne, Oakland, Macomb, Monroe, Montcalm, Saginaw, Genesee and Washtenaw County Circuit Courts. He has successfully tried cases before juries in Federal and State Court on matters involving medical malpractice, contract disputes, Federal and State Polygraph Protection Acts, employment discrimination (Title VII), industrial accidents and trade mark infringement. Mr. Ottenwess has also successfully handled appeals in both State and Federal Courts capped by his defense of a Michigan Hospital and CEO in a complex matter involving issues of labor law, including Section 302 allegations, and claims of RICO Act violations. This litigation was eventually taken to the United States Supreme Court which ultimately vacated an unfavorable decision against his client by the Sixth Circuit Court of Appeals on the basis of a recently decided case.

In 2011, Mr. Ottenwess was appointed by a federal judge to serve as a Special Master in the decades-long litigation involving the United States Environmental Protection Agency and the Detroit Water and Sewerage Department litigation.

Mr. Ottenwess is a member of the Michigan Society of Healthcare Risk Management, Trial Section Chair of Michigan Defense Trial Counsel, and a Member of Defense Research Institute. In addition, he is a member of the American Bar Association and the State Bar of Michigan. Mr. Ottenwess is admitted to the United States Supreme Court, the 6th Circuit Court of Appeals and the United States District Court, Eastern and Western Districts of Michigan.

Mr. Ottenwess’ honors in the legal professional include being inducted into the American Board of Trial Advocates, awarded the AV® Martindale-Hubbell Peer Review Rating, the highest rating for legal ability and general ethical standards. Mr. Ottenwess has also been selected as one of Michigan’s Super Lawyers® from 2007-2014.

Including his litigation duties, Mr. Ottenwess has also served as a case evaluator over the past several years in Wayne and Washtenaw Counties.He has acted as a facilitator in contract disputes and has also acted as an arbitrator in civil personal injury matters. Mr. Ottenwess is also a frequent lecturer before health care groups including hospital personnel, physicians, residents and nurses.

Prior to forming his own Firm in 1997, Mr. Ottenwess served as an associate and, only 6 years into his career, was named as equity Partner at Detroit, Michigan-based Schureman, Frakes, Glass & Wulfmeier, PLLC.

Mr. Ottenwess earned his J.D. from the Michigan State University College of Law (formerly known as Detroit College of Law) in 1986, where he served as Executive Director of the Moot Court Program and was co-Director of the American Bar Association Oral Advocacy Program. He also was a member of the school's National Moot Court Team. He earned his Bachelor of Arts from the University of South Florida in 1982.