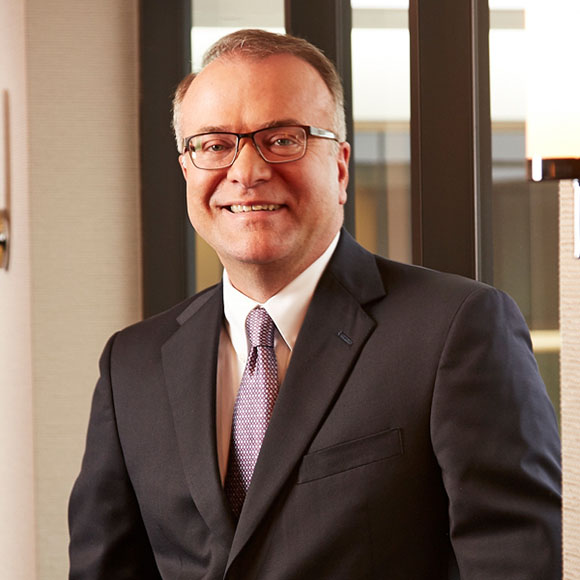 John Mucha III is a Member of Dawda, Mann, Mulcahy & Sadler, PLC. He concentrates his practice in the areas of land use planning and general civil litigation, including commercial, construction, real property, tort and non-compete matters.

Mr. Mucha has considerable experience representing businesses and property owners in a broad range of general business litigation, including breach of contract disputes and claims involving the sale and leasing of real property. He has also litigated and successfully resolved land contamination matters as well as cases involving personal injury, property damage and other torts. Mr. Mucha has assisted both employers and executives with confidentiality and non-compete issues including the drafting of agreements and the resolution of disputes. His expertise encompasses all phases of the litigation process from initial pleading and discovery stages to trials, appeals and the negotiation of settlements.

With respect to land use, zoning and planning matters, Mr. Mucha has successfully guided owners, developers and retailers through the applicable governmental approval processes. He has also successfully litigated land use disputes in both administrative hearings and in court.

Mr. Mucha earned his JD from the University of Michigan in 1987, where he received an award for writing and advocacy and was Contributing Editor to the Michigan Journal of Law Reform. He also earned a Masters of Public Policy degree in 1979 and a B.A., with distinction, in 1977 from the University of Michigan. Mr. Mucha is a frequent contributor to legal journals and publications and is also an active member of Rotary International, having served as the President of the Birmingham (Michigan) Rotary Club.